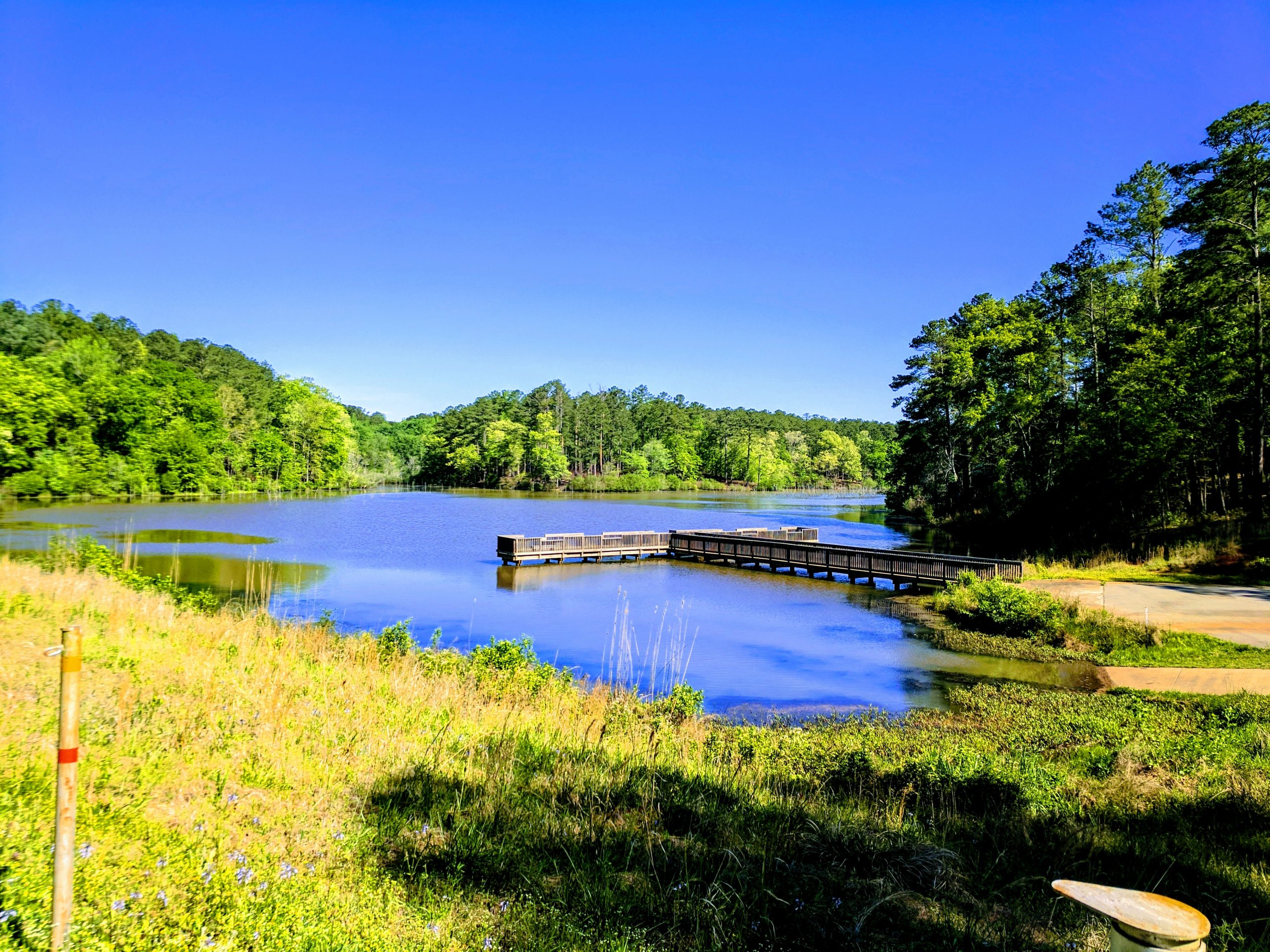 In April 2019, I went to hike the Red Cockaded Woodpecker Trail at the Piedmont National Wildlife Refuge as part of my exploration of middle Georgia’s public lands (like the Kinnard Creek Trail, Burgess Mountain Trail, Murder Creek, Scull Shoals, and the Hitchiti Trail).

The Piedmont National Wildlife Refuge was established by President Roosevelt in the 1930s from lands purchased under the Bankhead-Jones Farm Tenant Act where the Federal Government purchased worthless & worn out farmland from small farmers to help them move and get re-established elsewhere.

The Federal Government split the land purchased among different agencies to show how land could be re-purposed for the long-term public good. In Middle Georgia, Hard Labor Creek State Park was given to the National Park Service as a recreation demonstration area. The Forest Service got land that became the Oconee National Forest. The Army Corps of Engineers started planning to flood some land to make way for the Lake Oconee and Lake Sinclair reservoirs.

And the Fish & Wildlife Service got land for the Piedmont Wildlife Refuge to show how a small protected piece of land could help re-establish many of Georgia’s near-extirpated native species like white tail deer, wild turkeys, migratory birds, etc.*

*check out Douglas Brinkley’s excellent Rightful Heritage: Franklin D. Roosevelt and the Land of America for more about that whole era.

Unlike National Forests, which are managed for multiple use, including recreation, National Wildlife Refuges are managed exclusively for wildlife. Recreation and other uses are sometimes allowed, but only if it does not conflict with the main wildlife mission.

That means in practice that there’s no camping, not many amenities (though the visitor center is excellent), no after-hours hiking, and the trails are sort of a secondary thought for the rangers (who, side note, are super-welcoming and helpful).

I parked at the Visitor Center and used the (somewhat overgrown) nature trails to get down to Allison Lake where the main Red Cockaded Trail begins.

The trail starts by crossing the Allison Lake dam. Even though it’s an open road, there are plenty of views with *lots* of migratory bird species in the Spring. I saw more species at this one place than I’ve spotted everywhere else around Georgia in the past few years combined.

The trail continues up through some burn areas without a lot of elevation change until it gets to the managed woodpecker area.

The area is heavily managed for (the endangered) Red Cockaded Woodpecker habitat. This means lots of open pine woodlands. This area is actually the far north of the woodpecker’s range and has more Loblolly Pine than the bird’s preferred Longleaf Pine, so there’s a lot of human intervention going on.

There are a few benches scattered here and there where you can watch the nesting sites. I didn’t see any while I was there, but I also didn’t have much time to sit and watch.

After leaving the nesting area, the trail starts to descend into some bottomland, which was much more heavily settled before the Refuge.

There are lots of abandoned homestead foundations and old cemeteries along the way.

The bottomland areas are really beautiful and extremely quiet at mid-day. There’s lots of second-growth hardwood. Even though there’s lots of growth, the trail wasn’t too overgrown yet. That said – this is Tick Land – so I was sure to have on pants and DEET despite the warm weather.

The trail eventually finishes its lollipop route right before the Allison Lake dam. It’s a lovely little hike. The trail route available online is not super descriptive or to scale, so I recommend bringing along a GPS or AllTrails.

Like most of my hikes in Middle Georgia, I didn’t see anyone while hiking, even though the Refuge is very accessible to Atlanta – right down I-75 before Macon.

All in all, I’ll definitely be back, especially during migration season. If you go, I recommend going during business hours – not only because the gate is likely to be locked after-hours, but because the visitor center is worth browsing.