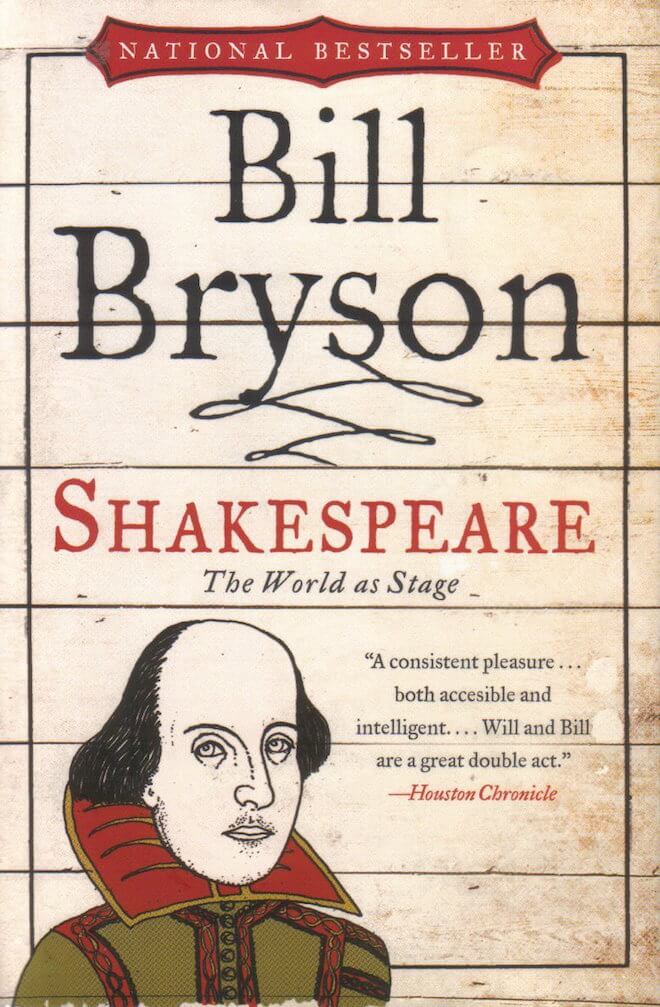 Shakespeare: The World as Stage (Eminent Lives Series)
See Price on Amazon Also may be available at your local library!

To start – I never really knew much about Shakespeare. I knew the basics. And I realized starting the book that I’ve never actually read one of his plays all the way through, though I have seen a couple performed.

He’s obviously an important guy – I use his words and allusions all day long, but he’s also so important that studies and books about Shakespeare tend to be a bit intense…and a bit dense.

That sounds like a topic for Bill Bryson. Topics that you should know about (like your house), but are too specialized or too dense to tackle for the moderately interested reader.

The approach of this book wasn’t so much a biography as a life and times sort of book. He takes this approach because it turns out that we actually don’t know that much about Shakespeare the person. He never kept a diary, and no contemporaries wrote much of anything about him. The only biographical details we have about him are from court records (a couple lawsuits he was involved in, incorporation documents, marriage license, etc). All of which make for about 1 page of actual biography.

Most all Shakespeare biographers go off into pure speculation after that – but Bill Bryson instead explores his world, his work, and contemporary scholarship and weaves it all together into a still rather short book. But I’ve said that already.

So, like all of Bill Bryson’s books, if you are interested in a topic but want someone to wade through the specialist literature and relay engaging, informed prose – Bill Bryson is the guy to go with – and if that topic is Shakespeare, then this book is for you.