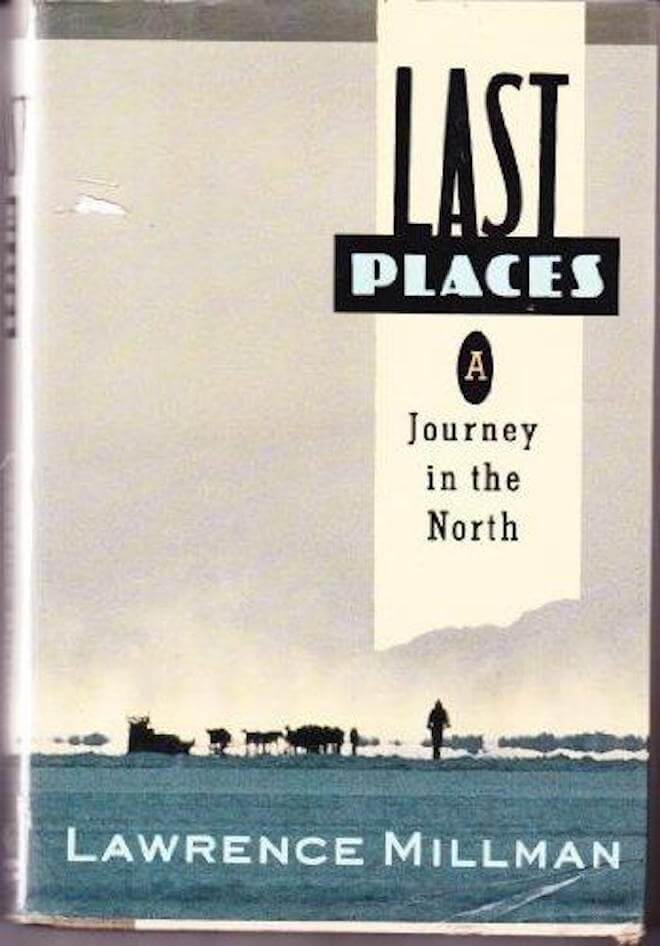 A couple years ago, I read Travels In Siberia by Ian Frazier – which was one of the top 5 travel books I’ve ever read, and piqued my interest in places that are really cold, and really isolated.

Lawrence Millman’s Last Places: A Journey In The North is all about just that: really cold, really stark, and isolated places in the North Atlantic where people still live.

More specifically, it’s about his re-tracing of Viking migration patterns back in the Middle Ages (come to find out the Vikings wanted to go live in these places).

He travels from Norway to the Shetland Islands to the Faeroe Islands to Iceland to Greenland to the Labrador Peninsula in Canada.

It has a good mix of anecdote, diary, observation, and history. However – he does frequently ramble and come out of context with some history (he doesn’t have Bill Bryson or Paul Theroux’s ability to seamlessly weave history, observation, and anecdote into one great narrative).

His writing is really florid, descriptive, and really fascinating. Here are some of my favorite bits and questions…

– Apparently there is a bird called the Skua on the Faeroe Islands which protects its territory by dive-bombing anything that approaches on land, sea, or air. It will draw blood with its beak, but it’s preferred method is to drop precisely aimed bird droppings at close range. There’s no trees to hide under – and they make hiking miserable.

There’s another bird called the Fulmar that also lives on the Faeroes with the Skua which secretes an oily substance that if it gets on another birds’ feathers – it will mat their feathers and smother them to death.

The Fulmars and Skuas are in constant pitched battle between the Skua poo-diving, and the Fulmar’s trying to splatter oily mess on the Skuas. And it makes quite a jolly walking experience for everyone on the island.

– Once per year on the Faeroe’s – a bunch of whales swim into this lagoon to mate/die/??? – well, I sort of gloss over the reason because the Faeroeans basically block off this lagoon – give every man on the island a harpoon and whaling knife – and have at it. It’s called the grindadraps (see very graphic photos here). They kill enough meat for every family for 1 year in like 4 hours of slaughter (the whales usually kill or injure 1 or 2 Faeroeans also). His chapter on this tradition (err…massacre) is really well-done.

– Greenlanders have a (justifiable) thing with white people – in fact, there’s a big and pretty extensive mythology about the last Viking to be run off Greenland by the Inuit. Later, Denmark came back and didn’t exactly mend fences. Greenland – though it only has 50,000 people – is strongly considering independence.

– I knew exactly 0 about Labrador – and there’s a pretty good reason why….there’s barely anything to know about it (human geography-wise). It sounds like the most uninhabitable place on Earth (I’m totally not moving here) – especially since the only real human settlement there has been the NATO Strategic Air Command which has successfully polluted/bombed/generally messed up what good was there before.

– Also – the only nation of American Indians who have yet to make a treaty with a North American government lives on Labrador – and no one really cares or keeps up with them. It’s like a tale out of the Amazon…but in the middle of Canada.

Anyway – there’s tons more fun anecdotes and adventures. The beautiful descriptions of the Far North were great. You might have to skip a few sections to keep up the main narrative. It was written in 1990 – but most everything he wrote about is still true. The Far North doesn’t change that much.