You are here: Home / Reviews / Books / You May Also Like by Tom Vanderbilt Book Review 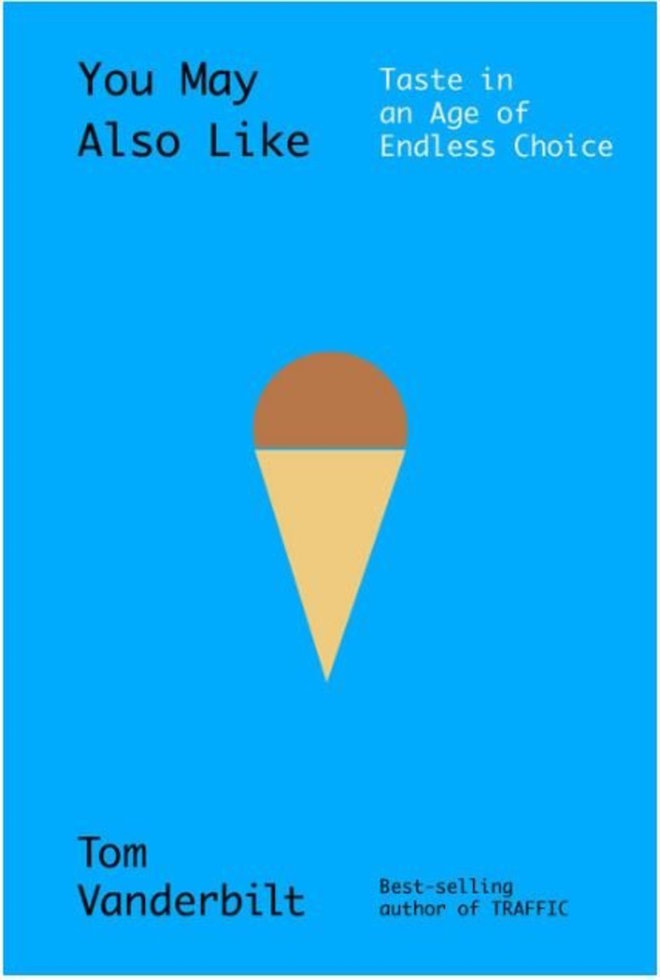 I picked up You May Also Like: Taste in an Age of Endless Choice by Tom Vanderbilt solely because of his excellent book – Traffic.

My choice to pick the book up could have been an anecdote in the actual book – “why did I choose to read that book when the topic didn’t suit my usual reading habits?”

Taste is one of those highly abstract topics that gets really weird and really “meta” – very quickly. But it’s also a topic that drives our economy – and our lives. Arguably, our very identity nowadays is just a bundles of tastes.

Tom Vanderbilt addressed odd and counter-intuitive concepts in Traffic – and did so again in You May Also Like. Once I got into it, the book was a fascinating read – providing plenty of “hey sweetie, you won’t believe this” factoids, anecdotes and ideas.

The book was fascinating and covered a complicated topic well.

There were plenty of entertaining examples and anecdotes to make meta-concepts tangible.

The takeaways section at the end was a great idea. I wish more nonfiction books did that.

The topic was complex but also practical for everyday life. I’ve used the pleasure of anticipation / pleasure of memory on every restaurant and event choice this month.

He gets into the weeds a bit with both art and music. In the author’s defense – both those topics require a bit of background before explaining, but they were dense nonetheless.

The book needed more illustrations and matrices. I hand drew several for myself to make sense of a concept – and I would have loved to have seen them in the book.

The whole chapter on online reviews shows the multitude of crazy psychological and economic biases that go into online reviewing. It has toppled the single informed critical voice but with it taste has shattered into a thousand pieces. We have to shift through those shards to make meaning of other people’s attempts to say what meant something to them. Wow.

Taste is a space on a graph. You can predict to near certainty the taste of someone if you know who they read and hangout with.

Taste in music is an infallible guide to someone’s general taste – that’s why it’s often the first question someone will ask to get to know someone.

Freud’s “narcissism of small differences” is especially evident in music and music categorization. The closer people are to each other socially, the more pronounced taste differences become.

Humans navigate taste in music (and food) with genre. And genre is difficult for computers to understand since it’s not data driven at all. Humans still have to define genre.

The most fundamental factor in liking a song is whether you have heard it before. Exposure, as with food, is key: the more you hear something, the more you will like it (with a few exceptions).

Memory is like a radio station that only plays what you want to hear. When thinking about tastes of the past – you only remember the good stuff or really bad stuff. Over time, your memory can almost freeze out new (potentially good) experiences because…you’re good and don’t have the time to spend risking bad experiences. Think about the classic middle aged couple choosing their one concert for the year.

Your brain is a pattern completing machine. If you are feeling good (or bad) about the world, the brain will try to complete the pattern of things that for you are associated with pleasantness (or unpleasantness). This is why we head to museums, not just to look at things that have been recognized as art, but to actually see them. Outside of the museum – your brain pattern matches art differently – like a painting with no frame.

We live our lives in a perpetual “end of history” illusion which is that “we have finally become the person that we will be for the rest of our lives.” In one experiment, researchers found that people were willing to pay more money to see their favorite band perform ten years from now that they were willing to pay to see their favorite band from ten years ago play now. In 20 years, we will look back and harshly judge our current taste.

Taste is a perpetual motion machine, especially aspects of taste that convey conformity or distinction.

Taste forecasters look for “rogue waves” in culture that they can pile onto. Once a rogue wave has backing – it can become self-fulfilling. This creates a spiky pattern that carries over to everything – including baby names.

In a world of more information (ie, the Internet) – taste becomes more horizontal and more spiky. It conforms to the “long-tail” where the most popular things are even more popular than they could have ever been and the rest expands out into an infinite range of niche choices. Even “average” pop songs are more popular and stay popular longer than even the most popular songs of the 1960s or 1970s.

In a world of infinite “good” choice – the choices are usually made with random copying. Hence with 3500 different, excellent quality laptops – people will end up defaulting to the one or two most popular due to copying each other (the “I’ll have what she’s having” effect).

Experts in taste are usually simply the ones who have the most categories and components memorized. They have the toolset to break a thing down into component parts. They have the vocabulary to describe their taste which inherently puts them above average – even if their taste is no better than anyone else.

And all experts have to have a teacher. No one has a “great natural instinct” – expertness in taste is taught.

Taste and connoisseurship are formed as you pass through “gateways” – each of which provide a reference point for the next thing. But passing through gateways to appreciate more and better forms of a thing is not necessarily a good thing or a goal. It can actually inhibit happiness and muddle “great” and “favorite.”

Taste is a complex topic – but it defines nearly everything about ourselves, our economy and our world now. You May Also Like is an excellent explainer to all the counterintuitive concepts that explain taste.