You are here: Home / Photos / Fireworks at Centennial Park 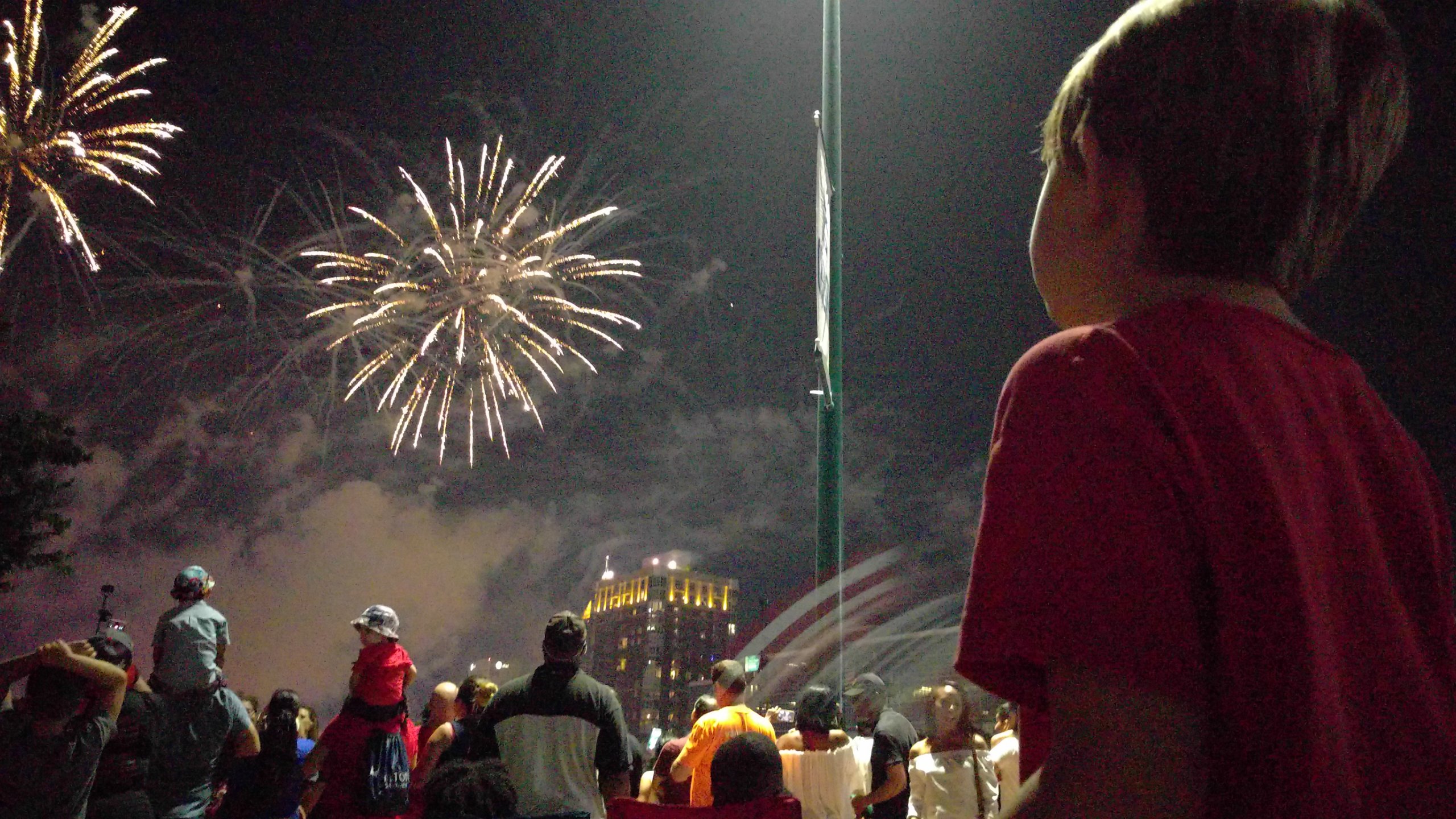 This photo is from the fireworks at Centennial Park. The show was absolutely incredible and highly recommended.

This was also the first Fourth of July after the 2016 Election. It’s easy and right to be down on and critical of the United States.

But being in that super-diverse crowd that cut across all races, religions, age groups, and everything – was reassuring. America is so diverse and has always been stronger on the person level than at the government level. I was glad to show my son that in person than letting him see what our current leaders say on television.