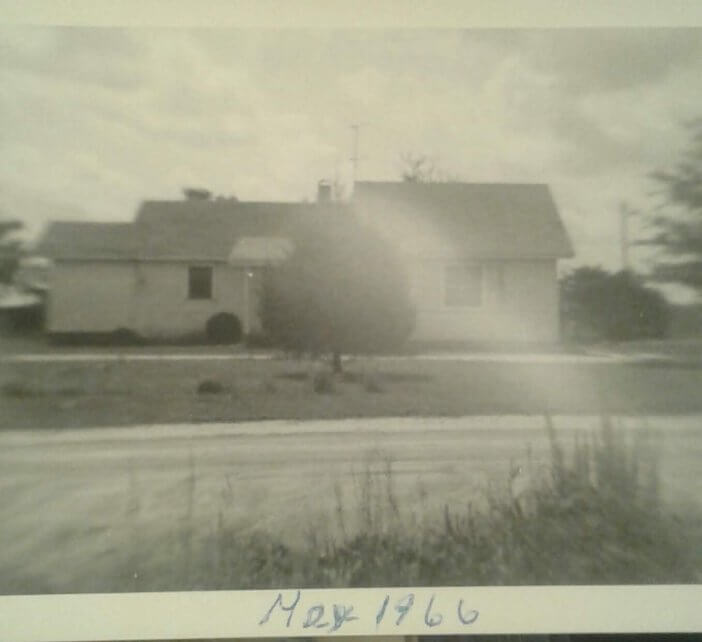 These photos show the same house in rural Oconee County Georgia. The house has had additions and renovations due to fire. But it’s still in the same spot more than 50 years later.

It’s the same house, but totally different. It’s almost unrecognizable – kind of like the county it’s in. Both have changed in mind-boggling ways in a pretty short amount of time.

Like many Georgia counties, Oconee County saw a population peak in 1910 with 11,000 residents as cotton farming reached its final boom.

The county then saw massive depopulation through 1970 down to 6,300 residents.

Many white residents (including my great-grandparents) were drawn off the farms to newly booming southern cities. And black residents were both pulled by the city and forcibly driven by some of the worst racially motivated terror in American history.

According to the report, “Lynching in America: Confronting the Legacy of Racial Terror,” more African American Georgians died at the hands of lynch mobs than any other state between 1877 and 1950. Oconee County, a county directly adjacent to Athens-Clarke County, was the fourth-highest county in terms of number of lynchings of African Americans during that period of time.

A Short History of Black Athens

The overall effect was that Oconee County became even more rural from 1910 to 1970. The towns got smaller. Schools closed. And development slowed down.

The ironic part of my family history is that my great-grandparents later took the opportunity presented by depopulation and falling land prices to move back to Oconee County around 1938.

They were part of a counter-trend to leave the uncertain cities and go back to the family farm. The got more than a hundred acres in exchange for their Atlanta house.

But in general, the county stayed very rural until more than 20 years after World War II. Most services required a drive into Athens.

The house picture above is from 1966 at the tail end of rural Oconee County and the beginning of suburban Oconee County.

Georgia started booming in the 1970s with crazy amounts of Sunbelt migration and suburban growth. Oconee County is right between Athens and Atlanta and was perfectly positioned to benefit from White Flight, suburban subsidies, highway growth, and search for cheap single family homes.

There is still a cotton field near the house. But in just the last 50 years, the area around the pictured house has gone from farm to having multiple massive recreational facilities next door with subdivisions, commercial nodes, and highway expansion. There’s been demolition, grading, and construction.

The area is the same, but also different. Kind of like the house.