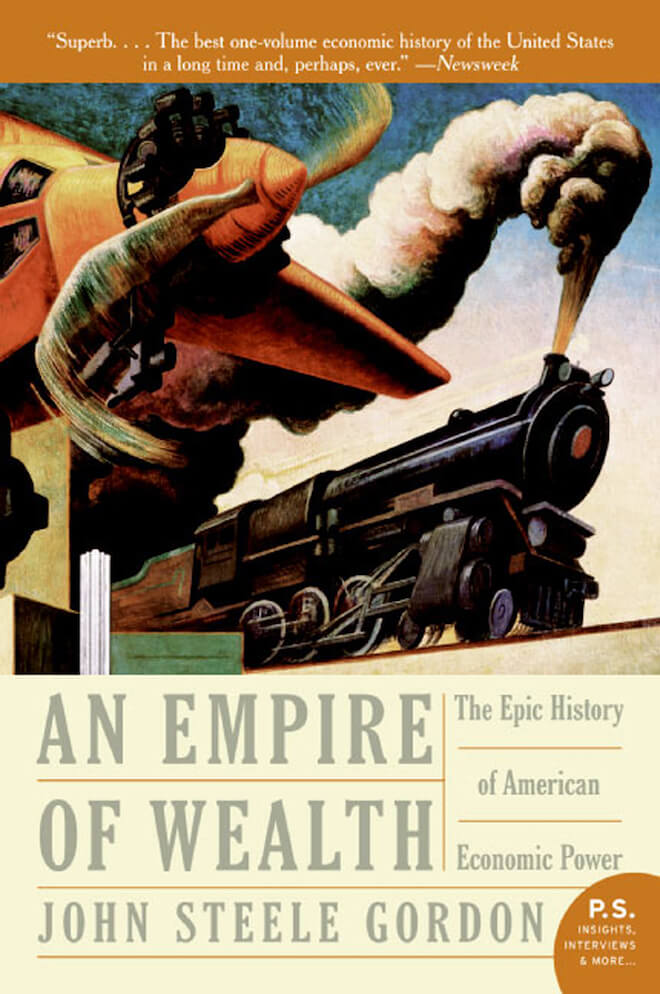 Let’s see where to start…you’ll only be interested in this book if your are interested in History, Economics, and American Studies…all at the same time.

That said – it is hard to write a book on History, Economics, and American Studies – and John Gordon Steele does an great job overall.

There’s a good mix of anecdote, well-explained statistics, and grand narrative, which though it doesn’t actually exist, does provide a good framework and storyboard for how America got to where it is today.

A couple other points…

That said – America has caught so many breaks in the past 400 years that it is no wonder that the traditional school narrative of American greatness holds so well.

I learned that the political and economic fights going on right now are as old as the USA itself.

Pretty much the exact same fights were breaking out in 1789 – and have even been fiercer at times.

So many of our political fights seem so important right now. They seem to demand decisive action, better governance, less government, more government, whatever…but with the exception of one 4 year period – the US has always pretty much muddled through politically. The policy choices are always pretty much the same – the politics are just fighting over the details and getting the interests and optics right.

But speaking of politics – among all the fights that Americans can fight over – there is really only one fight that matters.

Every single issue and policy choice in the past 250 America has screwed up and fixed. Whether it’s too much taxation, regulation, debt, etc – America has always fixed it, but only because we’ve always had new people coming in who bring skills, connections, labor, ideas, capital, and more. Open immigration is one political issue that America can’t mess up on (even though even it has generational waves of nativism).

Anyway, it was a worthwhile read. I picked it up at a library sale for $1 and had been sitting on my shelf for a while. If you’re interested in the topic – it’s a good choice to go for.