You are here: Home / Reviews / Books / What I Talk About When I Talk About Running by Haruki Murakami Book Review 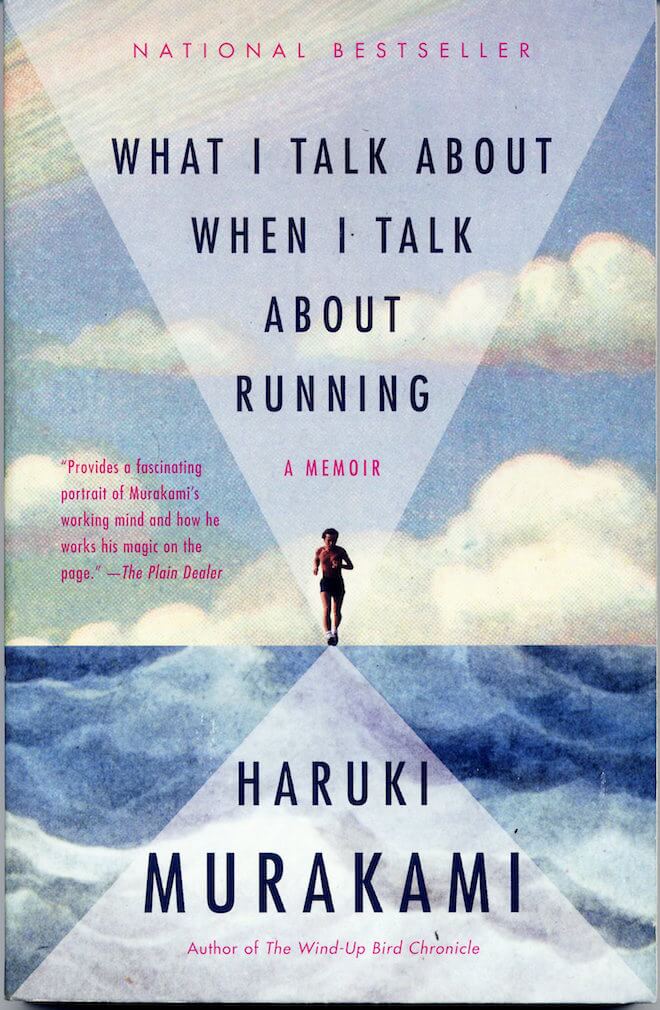 As a spectator, watching a running race mainly involves standing around for a while, then watching for a few seconds as runners crest the hill and run by. And that’s that.

On television, watching running is about as almost as gripping as falling asleep to a ceiling fan.

But kudos to the publishers at Vintage International for believing that reading about running could somehow be interesting.

Because writing a book about running is exactly what famed novelist Haruki Murakami has done – and done masterfully well.

The book is in a memoir-ish format and talks about running as a background and constant theme of Murakami’s life as a professional novelist.

The book is set over a year of preparation for the New York City Marathon – with many “flashbacks” to his early days of writing and running.

Murakami has been running over 36 miles per week for more than 25 years – his entire career as a novelist.

He runs in one marathon per year, and one triathalon per year and talks about his one and only ultra-marathon experience (62 miles).

Despite the lack of plot and sort of rambling nature, the book stays interesting for the entire length – no dense or boring parts, but no excitable climaxes or action scenes. Simply consistent, fascinating, simple prose for 197 pages.

This feel and pacing of the book seems to be on purpose – because that is exactly what Murakami is seeking to convey. Running and writing are both exercises that when done right – just keep going consistently, and simply. There’s no huge climax or dramatic let down – just temporary mental struggles and short second winds and feet that keep moving forward.

The descriptions of running are pinpoint and capture the the universal feelings of runners everywhere. Sometimes he listens to music, sometimes not. Mostly thoughts simply flutter through his head with no rhyme or reason. He occasionally remembers mantras like “pain is inevitable, but suffering is optional.” His environment affects his running – and talks about the running along the Charles River in Boston.

All of which makes this book feel more like 1/3rd travel book (descriptions of where he runs), 1/3rd running self-help (descriptions of the mental and physical aspects of running), and 1/3rd personal narrative on how running has been the defining background of his life as a novelist.

The book would be fascinating to Murakami fans – to really understand his writing life; motivating to running fans – it’s a second wind to read his descriptions of running and training; and inspiring for anyone who loves a simple memoir.

Some public libraries may have it in stock now, or the paperback is $10 bucks on Amazon here.