You are here: Home / Reviews / Books / The Road to Little Dribbling by Bill Bryson Book Review 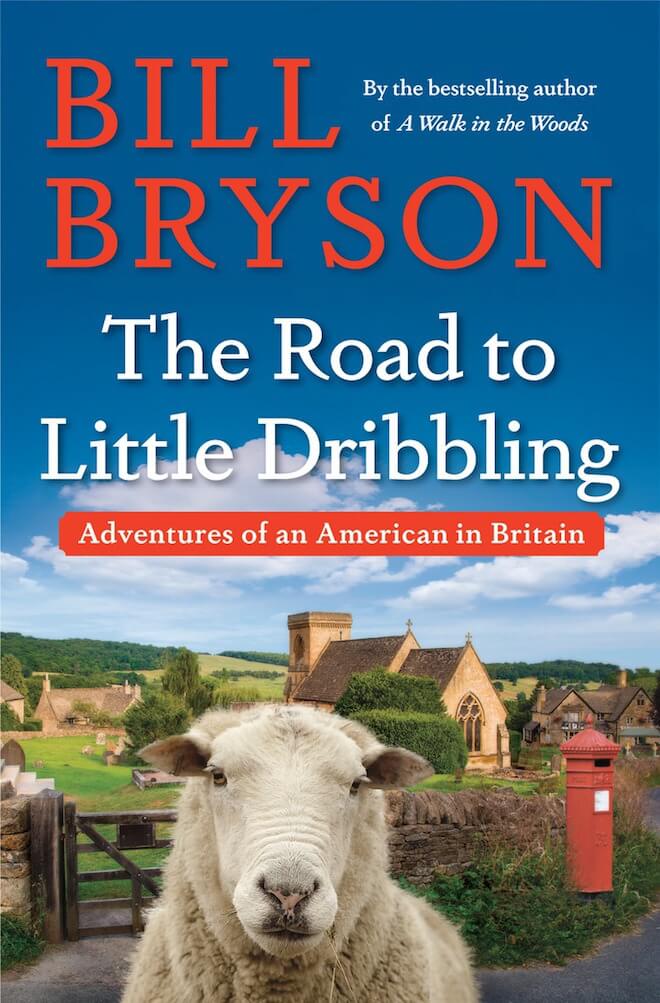 Bill Bryson has been one of my (and my wife’s) favorite authors for years.

He’s one of the few authors that I pre-order books from. I thoroughly enjoy all of his books, but I think his travel books are his best. His travel writing style, while crotchety and complaining at times, is so much more interesting and refreshing than the standard glowing walk-through of a destination. It’s also much more approachable & fun than some higher-brow travel books like Paul Theroux’s work.

But Bill Bryson is also getting a bit older (though not old – just older than expected to hike the Appalachian Trail or spend months in the Australian outback) – so my wife and I were very happy to find out that he’s written a new travel book with The Road To Little Dribbling.

The book is sort of a sequel to Notes From A Small Island, but he also travels to so many new small towns that it can really stand on its own.

He travels from the southern-most shore of Britain in England to the northern-most point in Scotland. He travels in a zig zag fashion writing about each town and attraction that he passes through. Throughout he weaves in both personal and historical anecdotes that likely make up most of the book.

Here’s what I liked, did not like and learned.

It’s Bill Bryson travel book – so it’s fun, entertaining and educational. I read the whole book over a weekend.

He goes off the beaten tourist track. Sure – there’s Avebury and Stonehenge. But he spends a lot of time exploring hidden gems of England, which where he’s lived for most of his own life. There’s nothing like going exploring in your own backyard. He knows how to skip over the basic getting around and really explore England.

The personal and historical anecdotes are really interesting. He has decades of life in England to share along with tons of random history pulled from research for other books.

You can tell that Bill Bryson has really mastered his “style” and, unlike Home, he seems to have listened to his editor. The whole book keeps moving along without a diversion into something too arcane.

Bill Bryson’s crotchety-ness and old-man complaining do not bother me too much. That said, I’m sure it would drive some readers nuts. This book is more crotchety and complain-y than normal. It’s humorous and funny in context, but reader beware that it’s throughout.

He skipped over the part of England that I was most interested in – the far North on the border with Scotland. He had an urgent matter come up (a lawsuit with his book agent) and had to skip his travels directly the north of Scotland from middle England. That said – skipping over the north of England is a bit like skipping over Nebraska, Wyoming and Idaho on a cross-country tour of America. There’s not a whole lot out there, so it is justifiable. Nevertheless.

I wish he had gone to more ancient sites. He had a big emphasis on 19th century England. And although he talked about England’s ancient history, I didn’t think he visited that many sites other than Avebury & Stonehenge.

England has so – much – history. Humans have lived on what is basically a tiny island for so long and have done so much in that time that there are just layers and layers of history. There is a rich human history in North America, but we’re so big and so spread out, that’s it really pales in comparison to the density of history in England. It’s easy for Englanders to take it for granted, but I’m thankful that there are many people dedicated to preserving all the history that England has to offer.

Britain really is tiny. America has (many) national and state parks that are bigger than Britain. It’s crazy how much activity takes place in such a small area.

I’m not an absolute preservationist, but I have learned that there are plenty of creative ways to ensure we can build for the future while preserving the past. It takes creativity and hard work, but the end result is almost always better. I see it everyday in my local neighborhood (a historic district in Atlanta) and it’s good to see it happening over the pond in England too.

Hopefully I’ll get to travel to the UK soon myself, until then, Road To Little Dribbling made for good armchair travel.