You are here: Home / Photos / Running Through Sunflowers in Ormewood Park 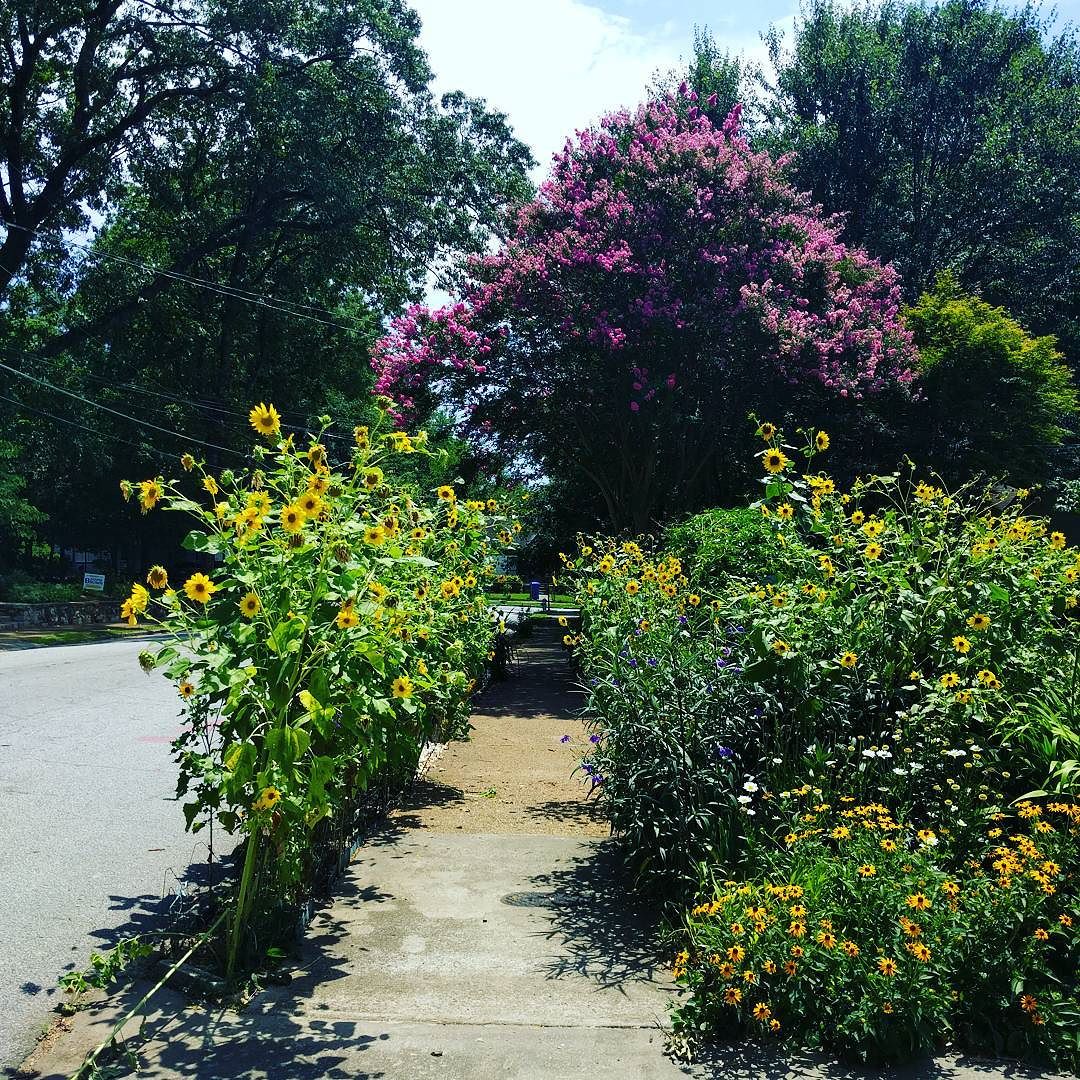 One of my favorite things about running is that I discover so much about my city. You move fast enough to cover lots of ground, but slow enough to take in the scenery.

This picture is from my run through Ormewood Park in Atlanta, GA. Someone had taken the time to plant sunflowers on both sides of the sidewalk creating a tunnel of sunflowers. The effect was so much fun – and would brighten up anyone’s day.

Although I have a few consistent running routes, I also like to mix things up. That’s when I discover cool stuff like sidewalk sunflowers.

To keep track of where I have not been, I’ve been using an app called WanderLust (Android) or Fog of World (iOS).

When you’re out running/walking, it “lifts the fog” from the streets you’ve covered, and encourages you to turn down new streets to keep lifting more of the “fog” on your map.

Whatever you use, keep going and turning new corners.